Nothing says 90’s R&B Legends like Total! Total the group emerged on the scene post TLC and pre Destiny’s Child they were the big R&B group from 95-99. The golden age of Hip Hop and R&B in my opinion.

Total was an American R&B girl group and one of the signature acts of Puff Daddy's Bad Boy Records during the mid-1990s. New Jersey R&B trio Total made their first appearance singing the hook on The Notorious B.I.G.'s debut single, "Juicy". Garnering attention for the new group, they were also featured on the original version and "Hip Hop Remix" of his next single "One More Chance". They then immediately hit the studio with Bad Boy Records CEO Sean "Puffy" Combs and began work on their debut album.

The first single "Can't You See?", had The Notorious B.I.G. returning the favor with a guest rhyme, the single peaked at #13 on the Billboard Hot 100 and entered the top ten of the R&B Charts. Their self-titled debut album was released shortly thereafter, they produced two more R&B top ten singles, "No One Else" (and its remix featuring Foxy Brown, Lil' Kim and Da Brat) and '"Kissing You" (and its remix featuring Sean "Puffy" Combs).

The album was certified platinum by the RIAA, The group consisted of members Kima Raynor, Keisha Spivey, and Pamela Long. Although Total only released two albums they had a long list of features and hits. 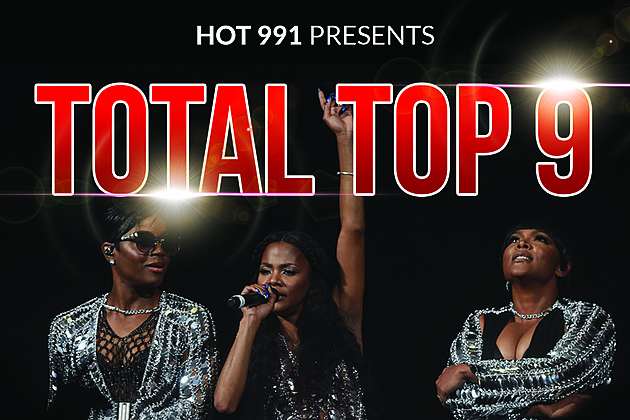 Lets run down some of my favorite Total songs as we get ready for Total this month at the Palace.

Released In 1995 On The New Jersey Drive Soundtrack